Australia Day commemorates the landing of the First Fleet under the command of Captain Arthur Phillip. The First Fleet entered Sydney Cove on January 26, 1788 with its cargo of convicts from Great Britain. The Union Jack was raised, and the new colony was formed under the Governorship if Captain Phillip.

The advent of the First Fleet’s arrival was officially acknowledged as Australia Day, or Founders Day, in 1804. Since that time, Australian’s have joined together in celebrating this national holiday. Australians around the world invite friends, family, and all, to raise a pint and enjoy the day.

In San Diego, the San Diego-Perth Sister City Society and the San Diego Lions would like to invite you to Celebrate the Day!. Please join us at the following venues: 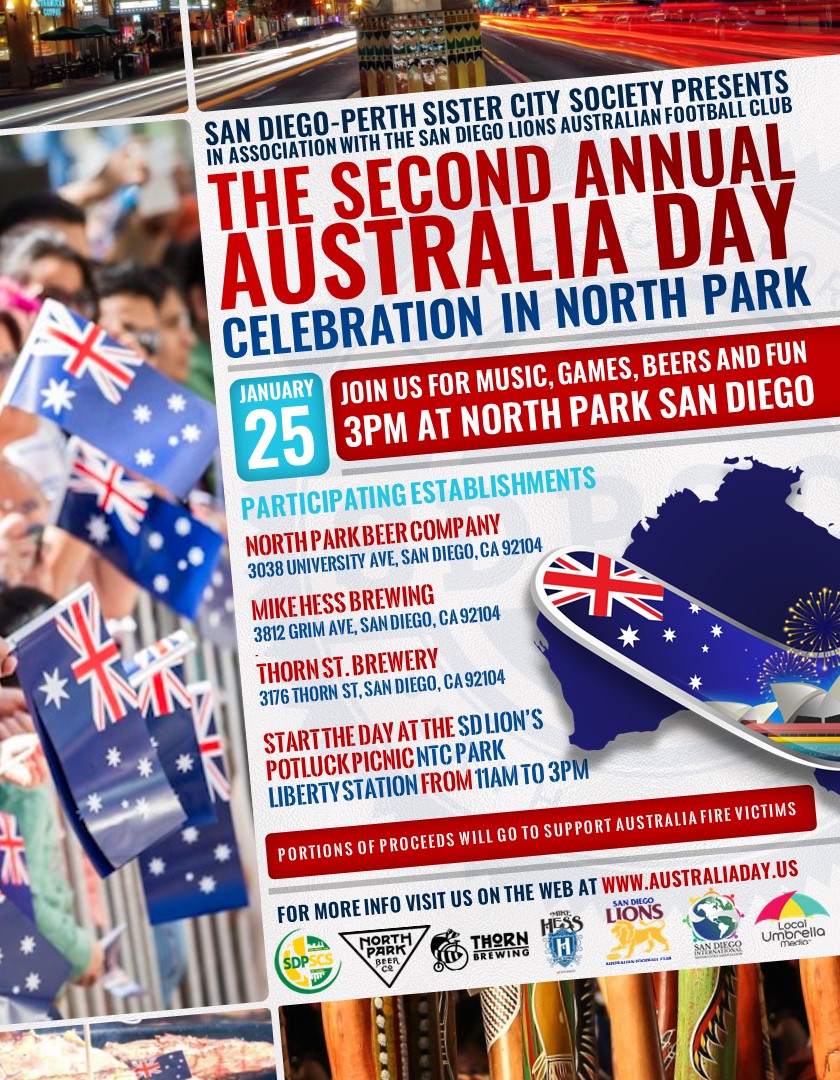