We truly appreciate our members, friends and contributors – and we want to keep you informed about activities. We welcome your comments and participation 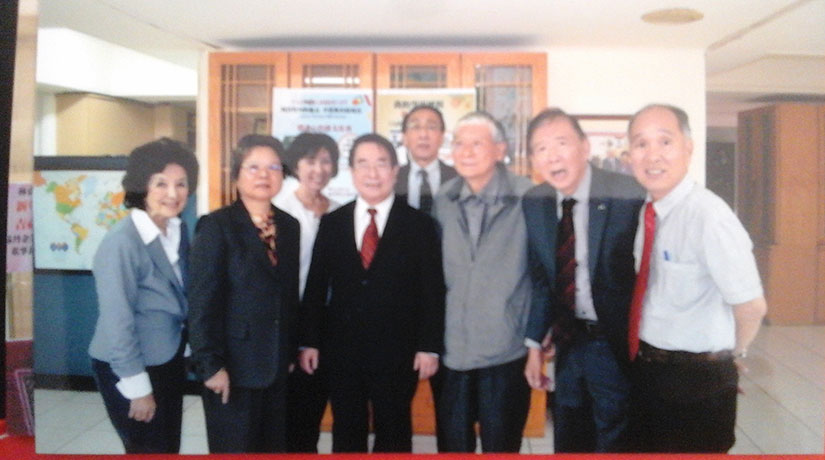 We were presented with an old Taichung City Flag, simple yellow background and red characters, and then were treated with an elegant lunch at Lin Hotel. That afternoon we visited Mr. Lin Po-Rung, the former mayor who signed the Sister City agreement 33 years ago (1983). Then we toured the Hui-Wen High school led by principal Cr Pay-Chang Wang. Students gathered to present us a speech and gifts. At dinner we were treated to very fancy Japanese cuisine by John’s personal friend, Vedan Group Chairman Mr. Tou-Hsiung Yang.

On March 8 Finance Bureau Director Mr. Lin and his niece took us to visit Sun Moon Lake and Pu-Li Shaosing Brewery. Unfortunately, it rained all day, preventing us to really view the beautiful lake scenery. We were treated to a delicious lunch at Pu-Li with their local cuisine. After returning to Taichung, we visited Mr. Lin’s niece’s house and treated with a famous old downtown restaurant Hsun-Yuan Spring by Doctor Hong, Mr. Lin’s good friend.

This official visit was really wonderful in enhancing the friendship between two cities. We had chances to meet many people and treated with many delicious meals, and each Taichung City Official prepared nice and meaningful gifts and local products for us to bring home. 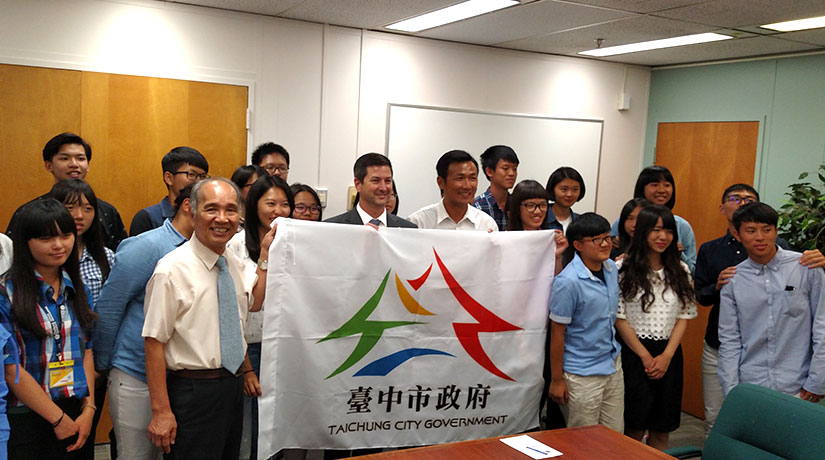 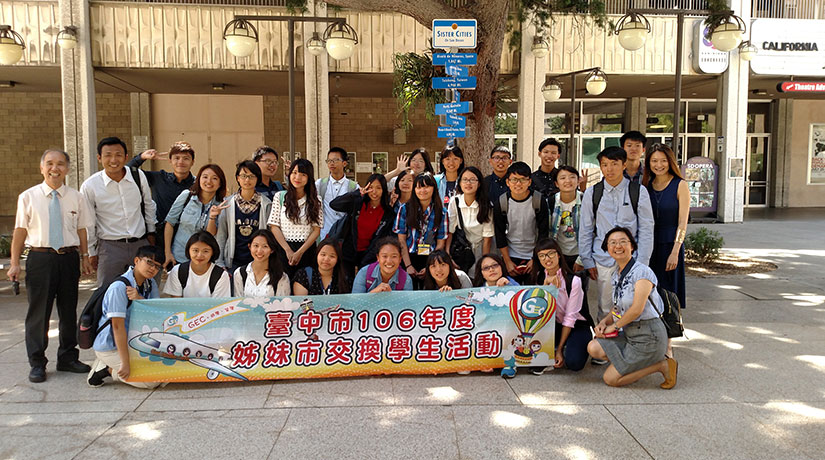 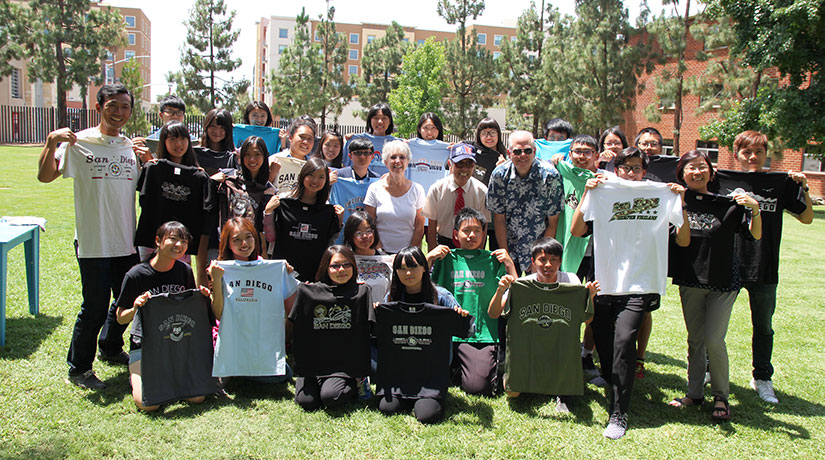 24 students visited San Diego for three weeks in July. The trip is arranged by a special tour group in Taiwan. They enjoy home stays hosted by San Diego residents, and they study at SDSU in the mornings. In the afternoons they explore our city. We greeted them on July 13 as they met City Councilmember Chris Ward. John Wang surprised each student with a gift of an old silver dollar with President Eisenhower’s image on it and explained he is the person who initialized the Sister City program around the globe to promote peace. John plans to continue this 6-year tradition in the future.

At their graduation celebration at SDSU, these happy students received San Diego souvenir t-shirts donated by Alex and Agnes Chuang.

The Mayor of Taichung has asked John Wang about establishing a Sister Schools program and indicated it would be helpful. John will explore this possibility by contacting Dr. Lily Cheng and other Sister City organizations that have experience in linking schools in San Diego with those in Sister Cities. Stay tuned for further developments!